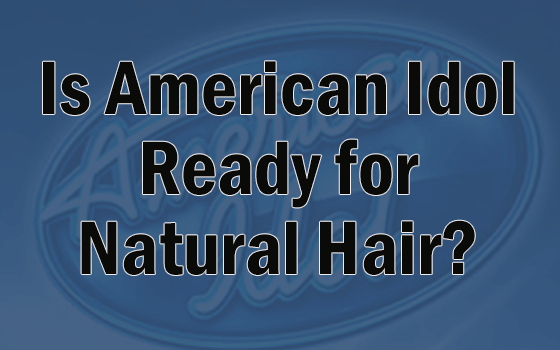 Natural hair has come a long way with regards to acceptance and exposure on TV, but I’m afraid we still have a ways to go.

This year a naturalista made it as a Top 13 finalist on American Idol, and her name is Majesty Rose.

If memory serves me correctly, this is the first kinky head to land in the finals.

What I really dig about Majesty is she’s not just rocking her natural hair, she puts her kinks on display and doesn’t seem overly concerned with curl definition.  She is TRULY going for the au’ natural look and wears it proudly.

Majesty has a style of her own and it’s ultra refreshing. 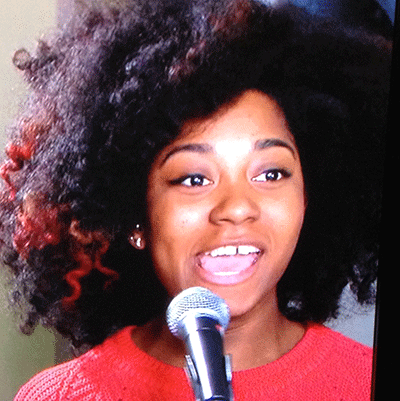 I admire people who don’t feel the need to confirm. 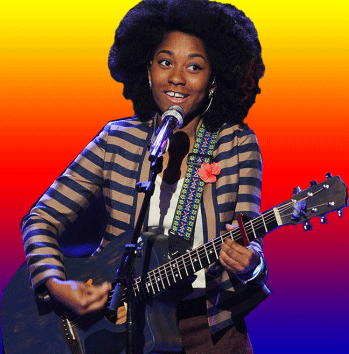 But when the Top 13 live show began on Wednesday, there was a noticeable change in Majesty’s appearance.  They let her keep her unique style with regards to clothing, but it was a different story with her hair. 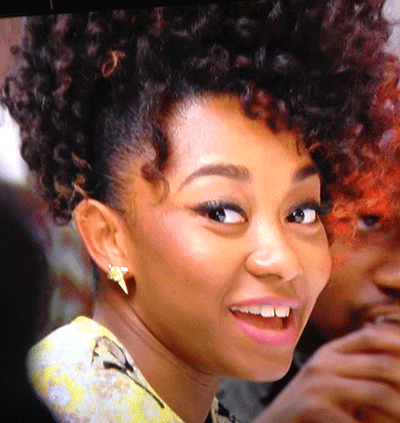 Don’t get it twisted.  Her hair looked gaaaaaau-geous as she effortlessly belted out her rendition of Jenelle Monáe’s hit, Tightrope.  But I couldn’t help but notice the message this could have been sending about natural hair.

Was her original look too ummmm…. natural?

Now, I have no idea if Majesty requested a straighter, more commercial look or if this was all Idol encouraged. But you have to admit this looks suspicious.

We saw a similar transformation with Lily McCloud on X Factor.

When the show began, she flaunted her Angela Davis-esque afro.  Then as the season progressed, the fro became more tamed, defined and ultimately replaced with a wig.

I wonder if this hair trend will continue with Majesty as the season moves along.

No doubt her hair looked fab on the live show, but let’s just hope this change in appearance was an attempt to switch things up instead of cover up her kinks permanently.

I think versatility is great.  I’m just keeping my fingers crossed that we also see more of her less-defined natural hair throughout the competition as well.  After all, that’s what makes her unique and she was obviously comfortable wearing it that way.

If the “makeover” was indeed done to commercialize her that’s a shame.  Not only does it chip away at her originality, but it sends the wrong message about what kind of hair is acceptable (or not) in society.

Nevertheless, good luck, girly!  I’ll be voting for ya whether you’re kinky or curly. 🙂